Dedicated to the revival of Jewish culture in Europe, Paideia – The European Institute for Jewish Studies in Sweden, educates leaders for Europe, such as academicians and community activists, in Jewish textual sources which serve as the wellsprings of Jewish and modern civilization. 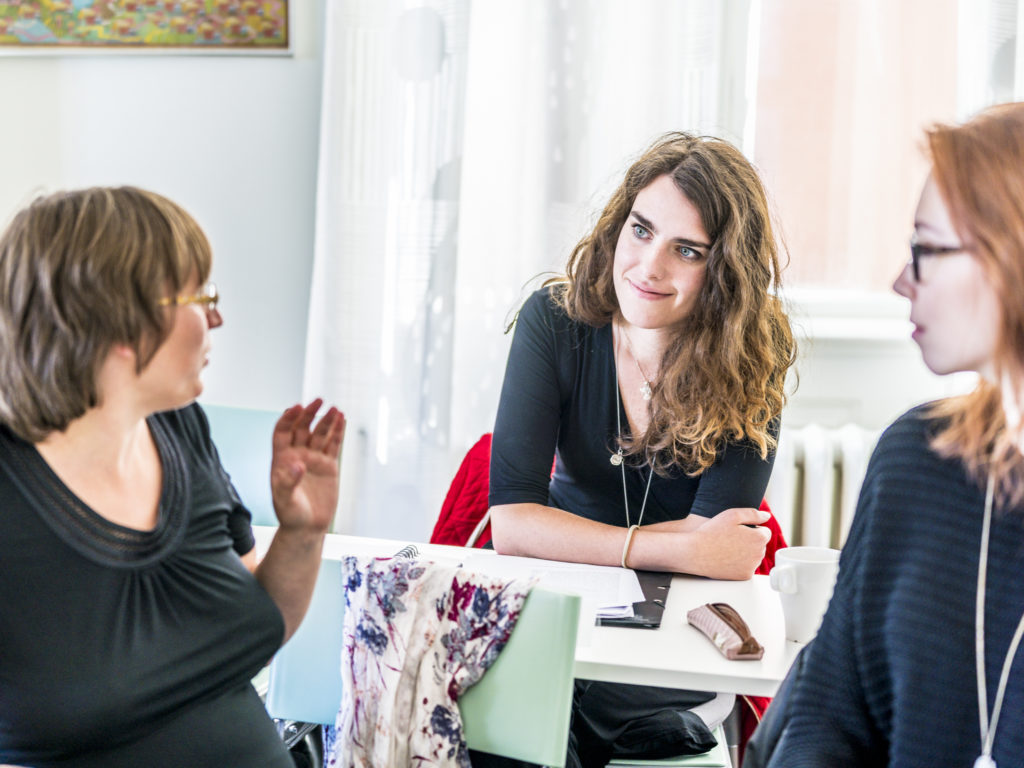 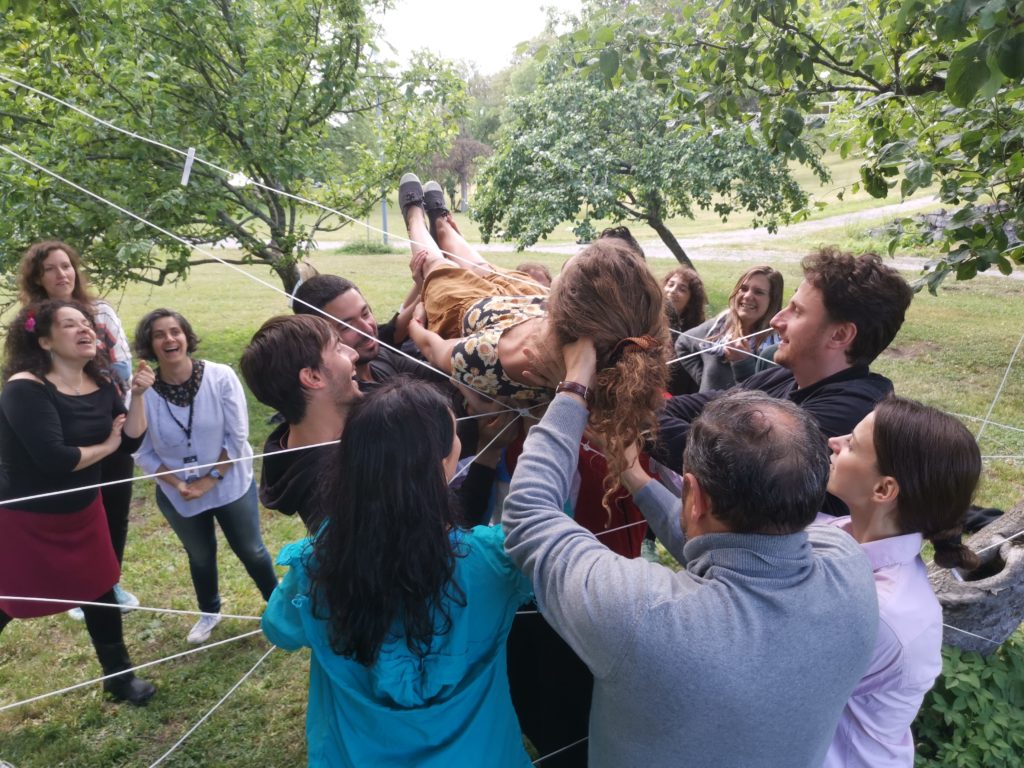 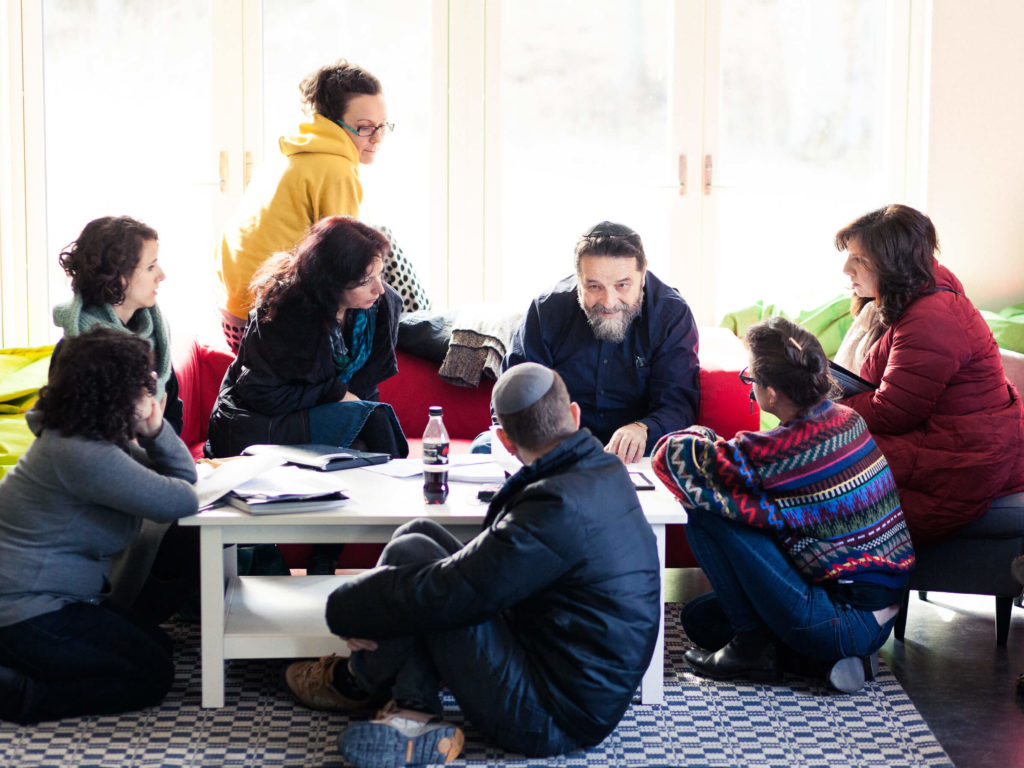 FikART is a series of workshops given by different educators & artists that combines making art, learning and fika.

The event is in English and free of charge. Registration by January 30.

Celebrate Tu B’Shvat (which begins Sunday evening) with a smorgasbord of art materials, generous drawing surfaces, our bodies and our breath. We will make space within ourselves to make room for new growth, using Jewish sources as a guide and art-making as a map. No art experience is necessary, only curiosity. And of course we will enjoy some fruit together!

About the educator: Esther Amster moved to Stockholm as a Rabbanit in the Jewish Community and lives here with her husband, Rabbi Mattias Amster, and their three children. Esther received her Masters degree in Art Therapy from the School of Visual Arts in NYC, and has studied Jewish texts, thought and history at schools in the US and Israel, receiving her BA from Touro College. She has taught studio art for over ten years, led art therapy groups with a focus on identity and empowerment, and taught Jewish texts with special attention to symbolism in Jewish thought and practice.

The event is organized by Paideia folkhogskola, Paideia – The European Institute for Jewish Studies and the Jewish Community Stockholm.

In focus: The Legacy of Simon Wiesenthal

To commemorate the International Holocaust Remembrance Day, we are organizing an evening about the Legacy of Simon Wiesenthal. The event consists of three parts: A brief presentation of the Simon Wiesenthal Center, followed by the Academy Award winning documentary film “Genocide” (1981) and the display of the Center’s exhibition: ”People, Book, Land…”. The exhibition is available for visitors prior and after the movie.

About Simon Wiesenthal:
Wiesenthal was born in 1908 in the town of Buchach, in Galicia, that is also the birthplace of Nobel Prize author Shmuel Agnon. The town was part of the Austro-Hungarian Empire when Wiesenthal was a child. His family had to move often from their hometown, due to the disputes between Polish and Ukrainian nationalists, and then the war between the Soviets and the Nazis. After decades of pogroms and the Holocaust, by 1945, the Jewish-majority town of Buchach became “judenfrei” and part of Ukraine.
During World War II, Simon Wiesenthal survived imprisonment in five different Nazi concentration camps. After the war, he dedicated his life to finding Nazi criminals and bringing them to justice, in view of keeping the Memory of the victims alive. He authored several best-sellers, such as “The Murderers Among Us”, “Justice, Not Vengeance” or “The Sunflower: the Possibilities and Limits of Forgivenenss”.The Simon Wiesenthal Centre is an international Jewish human rights organization. Founded in Los Angeles in 1977, the Centre has a constituency of over 400,000 members. It follows in the footsteps of its mentor, by applying the lessons of the Holocaust to counter antisemitism and other contemporary forms of discrimination and hate. The Centre is accredited as an NGO at the United Nations, UNESCO, the OSCE, the OAS and the Council of Europe.Its European office was founded in 1988 and is based in Paris. Its activities are focused on combating antisemitism, in the forms of political and religious extremism, anti-Zionism, denial and banalization of the Holocaust, incitement to hate and terrorism.

About the movie:
“Genocide” is a 1981 documentary film by Arnold Schwartzman, narrated by Orson Welles and Elizabeth Taylor. The film recounts the harrowing social and political context leading to the Shoah – the systematic and industrial-scale persecution and extermination of Jews by the Nazis throughout Europe before and during World War II. Featuring original footage and interviews with survivors from various internment camps, the film documents the history and the lessons of the Holocaust in view of resurgent antisemitism.About the exhibition:
The exhibition “People, Book, Land: The 3,500 Year Relationship of the Jewish People to the Holy Land” was developed by the Simon Wiesenthal Center and co-sponsored by the United Nations Educational, Scientific, and Cultural Organization (UNESCO). The exhibition’s 24 panels display the Jewish narrative from the Prophets Abraham and Moses to the Kingdoms of David and Solomon, the Babylonian and Persian exiles and the return to rebuild Jerusalem, from the Roman occupation of Judea to the birth of Christianity, the Crusades to the Muslim conquest, from the Diaspora to the pioneers bent upon redeeming the Land, from diplomacy for recognition of a modern Jewish nation in construction, to the near annihilation of European Jewry in the Shoah, until the establishment of the State of Israel and the return of the Jewish people to their ancestral homeland. “People, Book, Land…” was formally launched in June 2014 at UNESCO’s Paris headquarters. To date, it has been on display – among many other venues – at the UN in New York, the US Congress in Washington DC, the Israeli Knesset, the British Parliament, the Vatican and the Council of Europe.The event is in English and free of charge.

The event is organized by Paideia, Centre Simon Wiesenthal Europe and the Jewish Community Stockholm.